My New Years has already started out with a bang! 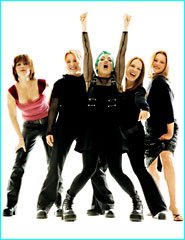 They were a guilty pleasure during my punk rock days in the 80â€™sâ€¦ and then I kind of forgot about them. In 2001 my friends Wendy, Tracy and I heard that The Go-Goâ€™s were on tour to promote their new kick-ass album God Bless The Go-Goâ€™s. The new album is fantastic and stop the presses!!! They wrote a song about body image called Throw Me A Curve which I dance around to full blast whenever Iâ€™m feeling like my body isnâ€™t what it should be. I love the lyrics of this song and it inspired my introduction for GOV.
.
Back in the early 80’s when I was just a skinny little girl with a mohawk and a bad attitude, there were not a lot of females out front in the alternative male dominated punk-rock scene. I mean there were a few. I had Blondie (too arty), Wendy O-Williams (too scary), Siouxsie (too goth), Joan Jett (too tough) & Suzi Quatro (dated the Fonz). None of whom I could really relate to.

In walked The Go-Goâ€™s and they changed my life. 5 punk rock girls from the dirty streets of LA who had risen up from the LA punk scene to write and play some of the best music I had ever heard. How inspiring to see a group of woman play their own instruments, write and perform their own songs. 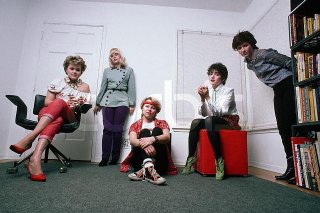 Everyone had their favourite Go-Go. Jane Wiedlin was short like me, had dark hair like me and kicked ass like me. As an uncomfortable teen-age girl with low self esteem it was really comforting to see something of myself mirrored back. It made me feel like being me was ok. I didnâ€™t need to be tall, lanky and blonde to be desired. I was awesome just how I was.

Flash forward to my Go-Goâ€™s born again moment in Las Vegas. I realized how lucky I was to be there, 20 years later, being able to experience the chemistry of The Go-Goâ€™s live on stage. I had brought with me a copy of HIAV to the concert. I wanted to try and pass it to Jane as a thanks for all the fun she had brought into my life. Well the stage was really high, there was no way this 5 foot 1 inch girl could reach up that highâ€¦ but Wendy (my hero) was determined that she would get Jane that bookâ€¦ so she told a few people in the crowd that we were trying to hand Jane a gift. *laugh* and this guy volunteered to hoist Wendy up to pass her the book. So Wendy scrambled up onto this dudes shoulders and started flailing her arms at Jane. Confusedâ€¦ or perhaps afraidâ€¦ Jane bravely bent down and grabbed the book from Wendy. Hoorah! Success. What a thrill to see Empress Jane holding my book.

So flash forward to the next year. Wendy and I go it alone to see The Go-Goâ€™s â€¦ They play a double-header and we go to see them play 2 nights in a row. Yippee! 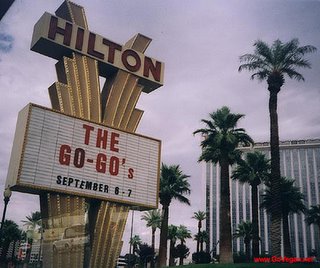 The morning after the first concert – who do we bump into on the way to the pool but Jane on her way to get a massage. 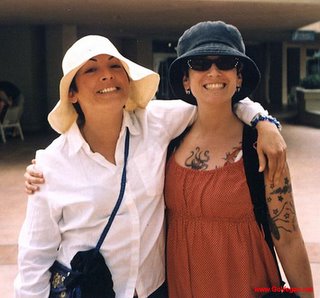 I frantically (but politely) flagged her down and proceeded to “geek-out” all over her. She was very very sweet and remembered my name and thanked me for the cookbook. The next night at the concert Jane walked over to our side of the stage where Wendy and I were jammed up against the stage in front of Charlotte Caffey and waved hello to us with a pair of mens underwear hanging from her guitar. 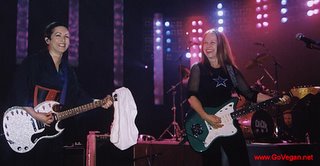 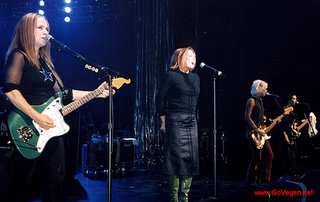 What a fun concert. I was maybe 2 feet away from them and wanted to reach out and zip up Belindas boot (the zipper was falling down) … but of course I didn’t. 🙂 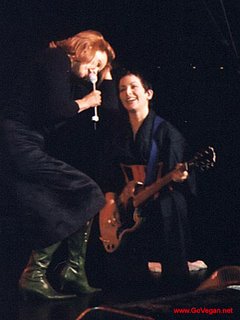 The next year Wendy, Tracy, her daughter Emma and I head back down to Vegas to see them again. This is us geeking out in front of their bus. *laugh* 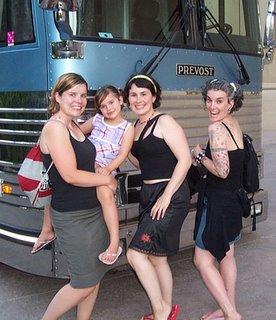 This time we had a Kathy Valentine moment. Kathy tried to hand Emma her bass pick but some a-hole guy pushes Emma and Tracy out of the way to grab it. Kathy was soooo mad, you could see steam coming out of her ears. She passed down another pick and made sure Emma it. What a classy lady.

Then Wendy and I said good-bye to the girls and we hopped in a rental car to drive to San Diego to see another show. Woot!! I love San Diego. That night the venue was weird, the staff of the concert wouldnâ€™t let anyone stand up and dance. Nobody could be down front by the stage and no cameras. What
?? By the end of the night everyone was up dancing and Wendy and I were down front by the stage dancing like idiots and I was taking photos with the camera that I had smuggled into the venue via my underwear. *laugh* 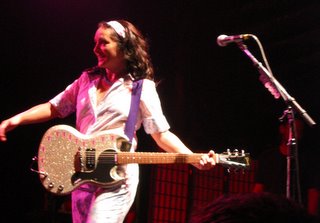 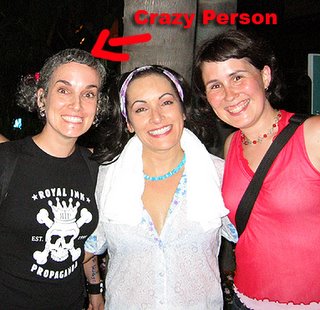 Jane came out to sign autographs and she gave me a big hug and said â€œHi Sarah! Love the new cookbook!â€. Le-Sigh!

The last 2 yearsâ€¦ Gerry and I havenâ€™t had a lot of fun money. We scrimped and saved and bought The Tattoo Zoo and weâ€™re doing greatâ€¦ but we donâ€™t have extra cash for me to jet off every summer to see The Go-Goâ€™s. Thankfully the ladies are always busy with new projects and I was able to get my Go-Goâ€™s fix. I watched Jane on The Surreal Life and listened to Kathy Valentines new album. This year Jane re-launched her website and last month she started selling 2006 calendars. 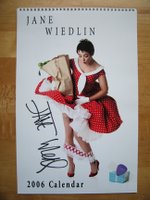 I finally got my autographed copy in the mail last night. What a beautiful lady and what a killer calendar. She makes 47 look goooooood!! 🙂

Ok. So let me geek-out some more here.
Firstâ€¦ she wrote a little note on my envelope. 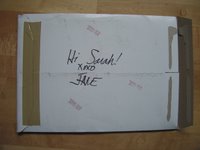 Thenâ€¦ as I was perusing through the calendar looking at the beautiful photos and reading the hilarious â€œJane Wiedlin quotesâ€ I noticed this quote: 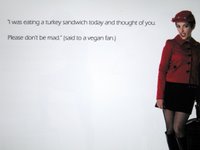 Ummmmâ€¦SHUT UP!! Thatâ€™s what Jane said to me the first time we met. *laugh*Hello!! Iâ€™m dying over here. Thank you Jane Wiedlin for making my year!!

My lovely readersâ€¦ do yourself a favour and go buy Janeâ€™s calendar and start 2006 off right. You deserve it.

Gerry and I have talked and we decided that in honor of the 25th anniversary of Beauty and The Beat, 2006 is going to be â€œThe Summer of Sarah.â€ Iâ€™m gonna hit the road and go see me some Go-Go’s concerts.

0 Responses to My New Years has already started out with a bang!