So while I was baking for the demo I had some time to listen to some of my LP collection.

First up on the turntable was Enjoy by The Descendents who are probably in my top 5 list of favourite bands of all time. Enjoy is a classic and should be in everyone’s music collection. I don’t have a mp3 for you from this album… but I do have (thanks to Fat Records) my favourite song from their new album Cool To Be You for you to download. Gerry and I love this song… mostly because it’s about us. 🙂 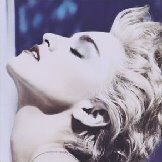 Next up was Madonna’s True Blue. Ugh. Why do I have this in my lp collection? This gem gave us Papa Don’t preach and a bunch of other suck-ass songs that are really bad. Wow. With the exception of maybe Live to Tell where Madonna actually uses her real singing voice (plus I have a soft spot for that song because it was in the 1985 movie Vision Quest that I saw high on mushrooms and had quite an epiphany about life and stuff) … *cough* What?? Oh… um…. don’t do drugs kids. They’re for stupid people. I’m not even going to link you to anything for this album cause it sucks… but if one of you want to take it off my hands… e-mail me and for $10 shipping it can be yours.

**CORRECTION**
It has been brought to my attention that Live to Tell was from the movie “At Close Range“. My bad… the song from Vision Quest that I was thinking about is Crazy For You…

Up next was the double album for Fast Times at Ridgemont High which is a hilarious movie and if you haven’t seen it… shame on you. You know what your assigment tonight is. Go rent it. Enjoy.

Fun fact. I just learned that Cameron Crow wrote the screenplay. Must be why it’s so good… He also wrote/directed Say Anything which is my all time favourite movie.

Let’s hope Cameron had nothing to do with the double album soundtrack for Fast Times. WOW! This is a stinker. The early 80’s was a really amazing time for music and this soundtrack is full of duds.

The only saving grace for all 4 sides of the soundtrack is Speeding by The Go-Go’s … and I’m not just saying that because The Go-Go’s are also in my top 5 list of favourite bands. *laugh* So this album sucks… but I’m going to hang on to it because of The Go-Go’s.

And maybe the Stevie Nicks song Sleeping Angel is ok too… but only because her voice is so lovely. Hmmmm. I wonder if I still have Rumors in my collection…