So we’ve sold the rights to a Quebec publisher to do a French version of HIAV. This is the new cover. 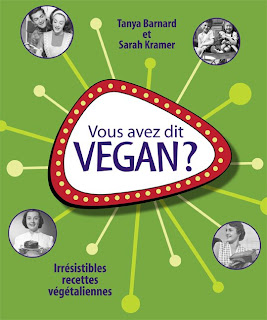 What is it with publishers wanting to mess with success? At least it’s infinitely better than the UK version.

They’ve also retitled the book “So You’re a Vegan?” because the pun of “How It All Vegan” only works in English! The equivalent doesn’t make sense in French.

8 Responses to Oh … the French.