Baby it's cold outside

I know. Iknow. It’s not really a big deal in the rest of Canada, but in Victoria we hardly ever get snow… so when it happens the entire city freaks out. 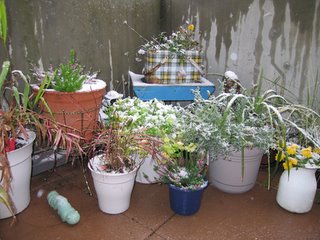 First of all… when the streets are wet and slick… don’t drive faster. Slow it down people. Second… relax. It’s just snow. Standing in line at the bank listening to all the snow coversations, you would think that we were witnessing the apocalypse or something. It’s just snow!!

My dog is pissed at me. Taking him downtown for a walk was a bad idea… I guess he’s not a puppy anymore. When he was a baby he didn’t care if it was windy, wet, snowy or cold. He just liked being outside. Now that he’s 4 years old… he hates being blown around, wet, cold and snowed on. It was like dragging a donkey around.

Until he hit the snow covered grass that is. Then he lost his mind and starting rolling around and snorting and eating snow like it was candy. Dogs are so weird. 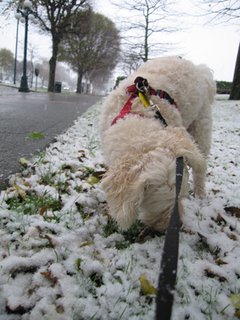 0 Responses to Baby it's cold outside